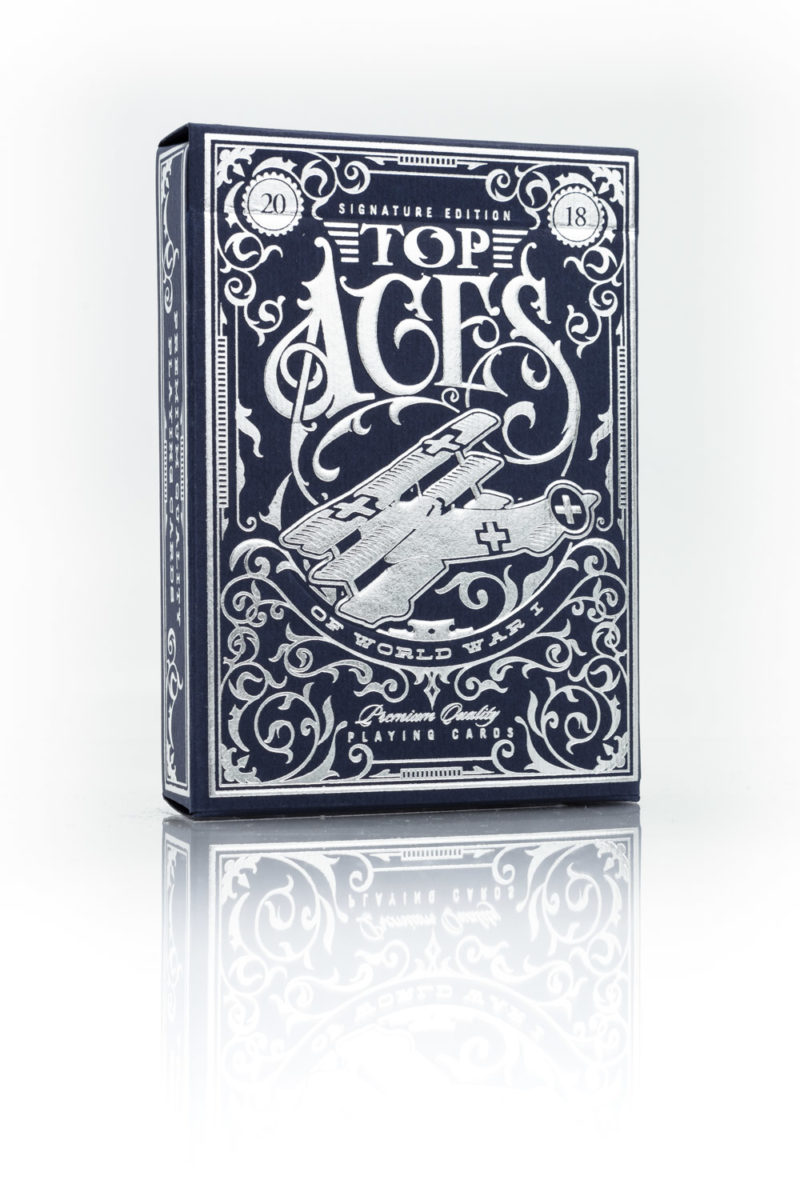 The Top Aces of WWI Playing Cards is dedicated to the many flying daredevils who risked their lives for the ultimate thrill of victory. Several of these brave fighters can be seen in the court cards.

In World War I, many saw being a pilot as a glamorous role. A position that would take them away from the mud and blood of the front lines. Aviation attracted young, energetic recruits who were keen to be trained in this new way of warfare. The need was high and the training was minimal. If you survived, you had the opportunity to be one of the elite “Flying Aces.”

A Flying Ace, Fighter Ace or Air Ace is a military aviator credited with shooting down several enemy aircraft during aerial combat. The actual number of aerial victories required to officially qualify as an “Ace” has varied, but is usually considered to be five or more. See pictures below.

Kortleksbolaget started spring of 2019 and is located in Habo, 12 miles north of Jönköping. Kortleksbolaget is mainly driven as an online store, but if you wish to visit us to see the store/exhibition -always with over 500 different playing cards in stock- you’re welcome to reach out and visit for a cup of coffee and some hanging out. Welcome!